The trend was set the previous day, as once again the team that won in the USPHL NCDC Dineen Cup Championship game was the one that came out of the first three minutes of the contest with a lead.

The Rockets Hockey Club battled back twice to even the score, but Luke Aquaro (‘00/Yardley, Pa.) sank the game-winner near the end of the opening period as the Jersey Hitmen carried a 3-2 lead out of the opening 20-minutes and never looked back. They captured the 2020-21 Dineen Cup Championship with a 5-2 win on Sunday, March 28, at the Revolution Ice Centre, in Pittston, Pa.

A big part of that was the stellar goaltending work of Chase Clark (‘02/Williamsville, N.Y.) who stopped all but two of the 51 shots he faced to pace his team to the Dineen Cup Championship.

Clark’s work was noticed in particular in the middle period as the Hitmen widened the gap to 4-2 on the scoreboard despite the Rockets ratcheting up the pressure and holding a wide margin on the shot clock.

Tommy Winn (’00/Rochester, N.Y.) was the one that got the Hitmen off to a flying start firing the game’s first goal just 24 seconds into the contest. The previous day saw the Hitmen scoring 2:29 into its semifinal against the Twin City Thunder, rolling to a 4-0 cushion and easing to a 6-1 win.

In the other semifinal, the Rockets Hockey Club netted the opener 25 seconds in and rolled to a decisive win against then-defending Dineen Cup Champion Junior Bruins.

The Rockets notched the equalizer in this one just past the halfway mark of the opening period as Christian Blomquist (‘01/Milwaukee, Wis.) found the mark.

Joshua Barnes (‘02/Cornwall, Ont.) restored the lead for the Hitmen just over two minutes later but the Rockets again rallied back with a goal from Bryan O’Mara (‘00/Syracuse, N.Y.) with 2:29 to go in the period.

Aquaro fired the game winner 45 seconds later with Harrison Bazianos (‘01/Glenview, Ill.) adding the lone goal of the middle period for the Hitmen and Daniel Ebrahim (‘00/Brooklin, Ont.) triggering the celebration with his empty netter, 39 seconds from the final buzzer. 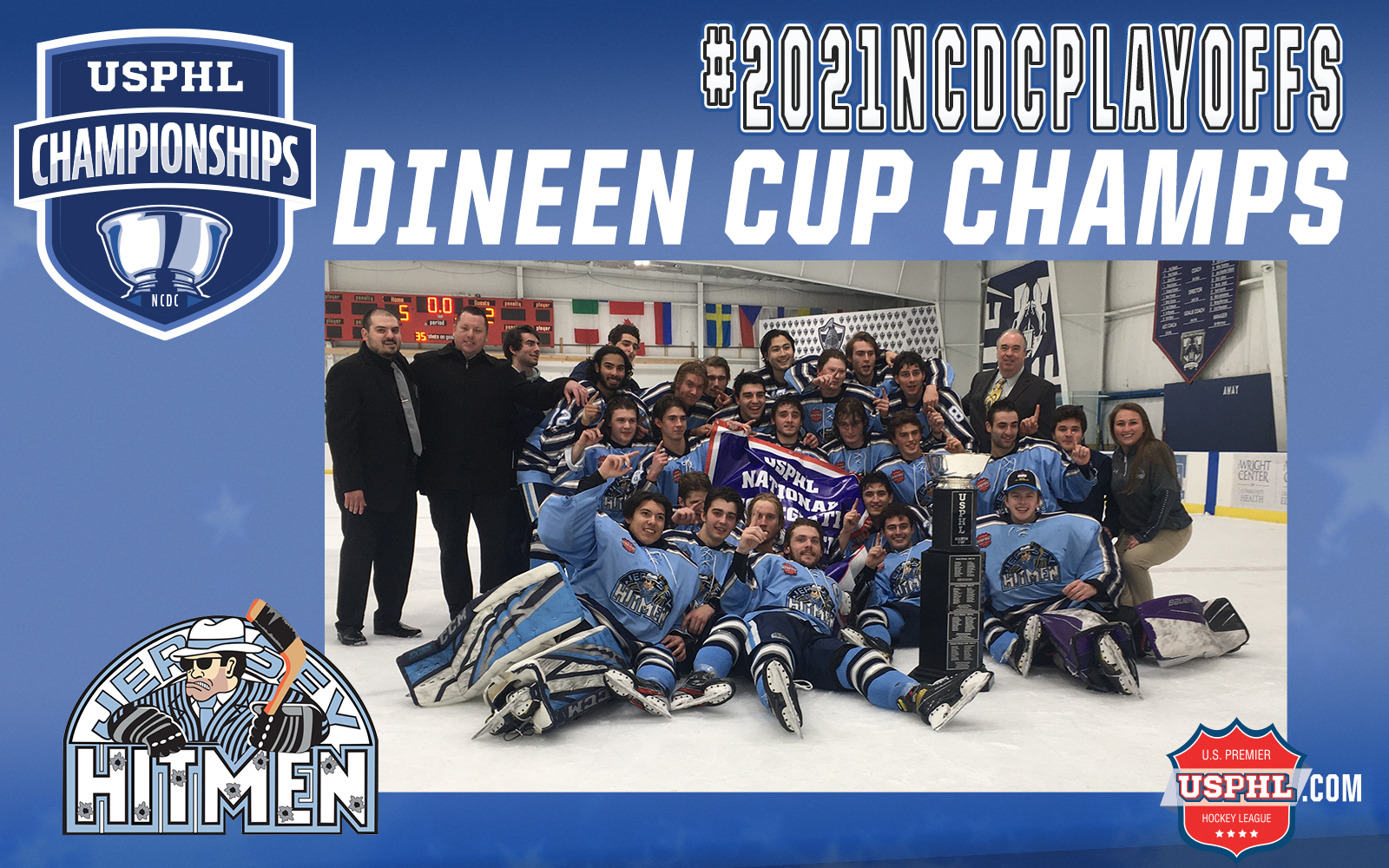