Hitmen USPHL Players of the Week

The following is an except from the original USPHL NCDC article.

The veteran Gould (‘03/Wellesley, Mass.) put up a goal in each of his three Hitmen Classic games, including the game-winner in their second contest against the New Hampshire Jr. Monarchs. Along with goals in four straight games, Gould has averaged a point per game early on this season with a 7-2-9 line in nine games so far.

Another great weekend for Cataldo, among the best goalies anywhere in North America. He posted a 27-save shutout against the Boston Junior Bruins and a 25-save defeat of the New Hampshire Jr. Monarchs, in which he gave up just one goal, stopping 51 of 52 shots all weekend.

The following is an except from the original USPHL Premier article.

Hall (‘03/Erie, Colo.) is another second-year USPHL Premier player and is off to a fantastic start in Year 2. He put up back-to-back shutouts at the Rockets Hockey Club Showcase against the Buffalo Stampede and Junior Bruins, making 30 saves in the pair of games, and he also registered an assist against the Stampede.

DiCarlo (‘04/Saddle Brook, N.J.) posted two goals and two assists against the Hampton Roads Whalers, including in a 6-1 victory in the split weekend. 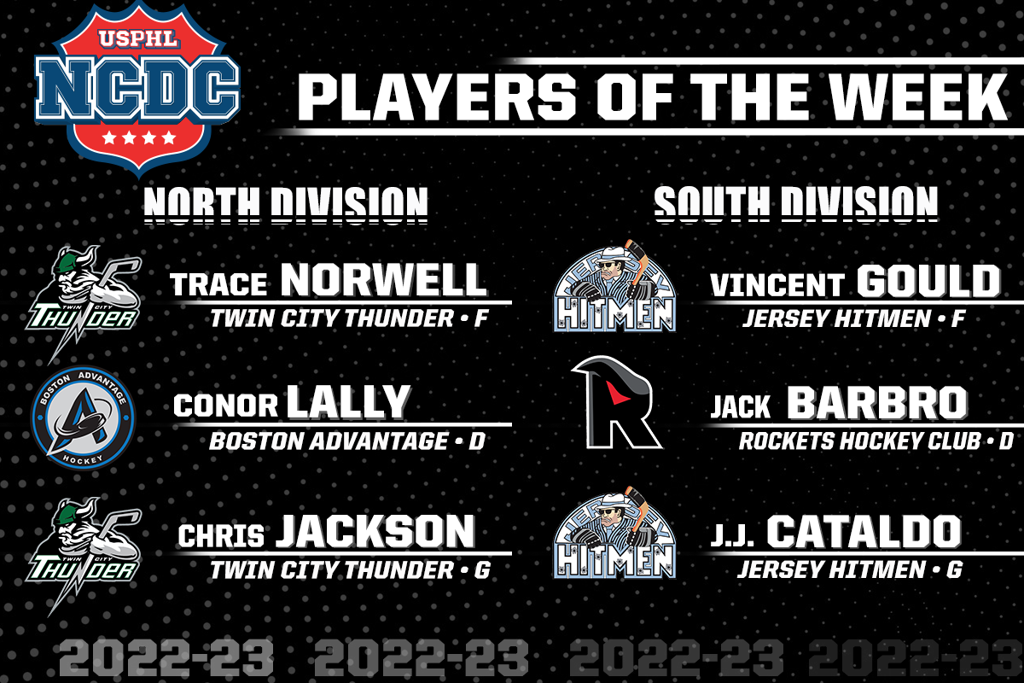 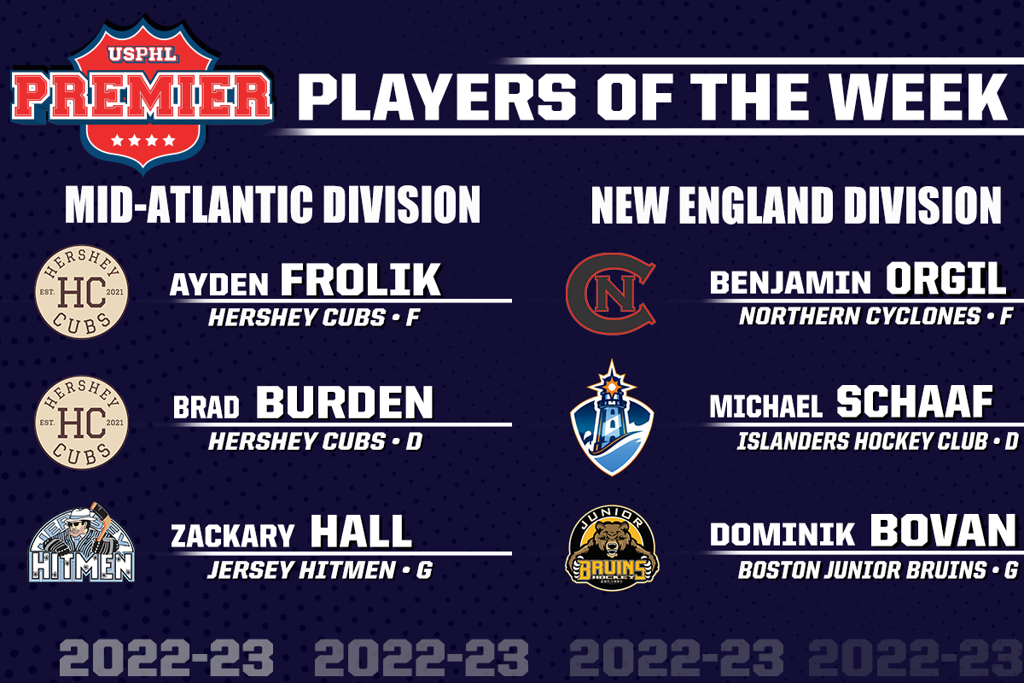 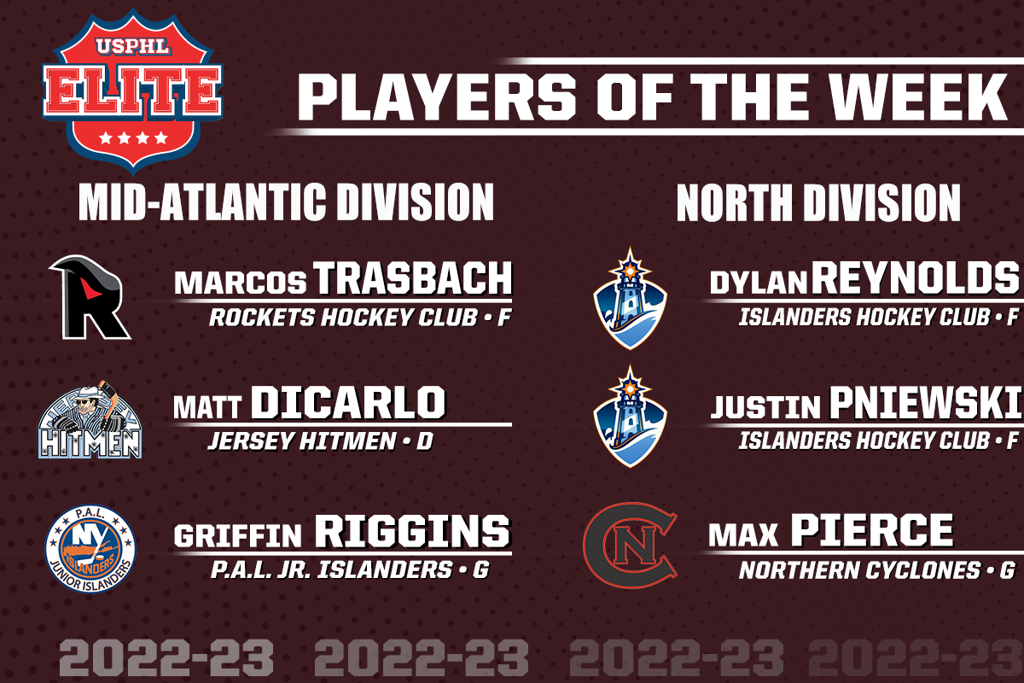