OUR ANNUAL ONCE A YEAR BANDIT/HITMEN

The Hitmen opened Friday night against the Boston Bandits to kick off their first showcase of the season. Jersey found themselves in a 2-0 hole after a slow start. With 1:14 remaining in the first half (2, 25 minuet period format) Ryan Andrews intercepted a pass in the Hitmen zone and scored a breakaway goal to get the Hitmen within one goal before the period expired.

Play was even for most of the second half until the Hitmen had pinned the Bandits in their zone for a decent amount of time when Brock Fizer took a snap shot at the top of the circles that missed the next but returned to him off the end boards to collect his own rebound to even the game up at 2.

Play would be back and fourth for the rest of the period with either team not really giving up many chances.

The two teams then skated to 3 on 3 in overtime where you could tell anyone was afraid to take any risk. The overtime period only saw 3 total shots on net between the two teams.

The shootout would be no different for each side as both teams would be unsuccessful until the 13th shooter of the shootout went top shelf for the Bandits to take the shootout win 1-0 threw fourteen shooters.

Saturday in Nashua the Hitmen faced the Hartford Jr Wolfpack, a rematch of the first round of playoffs last season where the Hitmen swept the Wolfpack two games to none.

Saturday would be no different as the Hitmen skated to a 6-1 victory seeing six different players finding the back of the net. (Fizer, Heffernan, Botta, Kourgelis, Malota, and Andrews)

With a quick turnaround the Hitmen were right back into action against the Boston Junior Bruins Saturday Night. It was a goaltender battle as both Logan Beattie (NJH) and Hogan Nelson (BJB) stood on their heads seeing 80 total shots in the game. Beattie (39) Nelson (41).

Halfway in the first half the Hitmen had an offensive zone face-off to the right of Nelson as the puck dropped Tyler Botta (NJH) won the face-off to Ryan Andrews who netted his third goal of the showcase shooting the puck upstairs on Nelson to take the lead 1-0. Thirty-five more minutes of play would go on and see the score remain the same as the Hitmen finished it off.

Head coach Brandon Stroud on the pair of games Saturday.

“It’s always nice to get two wins in one day at the Showcases. I was happy with how we played in the morning session and the boys had to come back out for the evening session and replicate the same effort and execute which isn’t easy to do.”

Sunday would be a different story for the Hitmen compared to the rest of the weekend. They faced the host team Northern Mass Cyclones for the showcase finale. In the first ten minutes it was all Cyclones and the score read 3-0 early into the game. The Hitmen struggled to get anything going and would find themselves down 4-1 when triple zeros struck the score board at the end of the game.

Stroud went on to say,

“We were just simply outplayed in all phases of the game. You can’t allow teams to jump on you early like we did today and expect to climb back into the game. I think it’s something that our team needs to learn, and I hope they learned it today.” 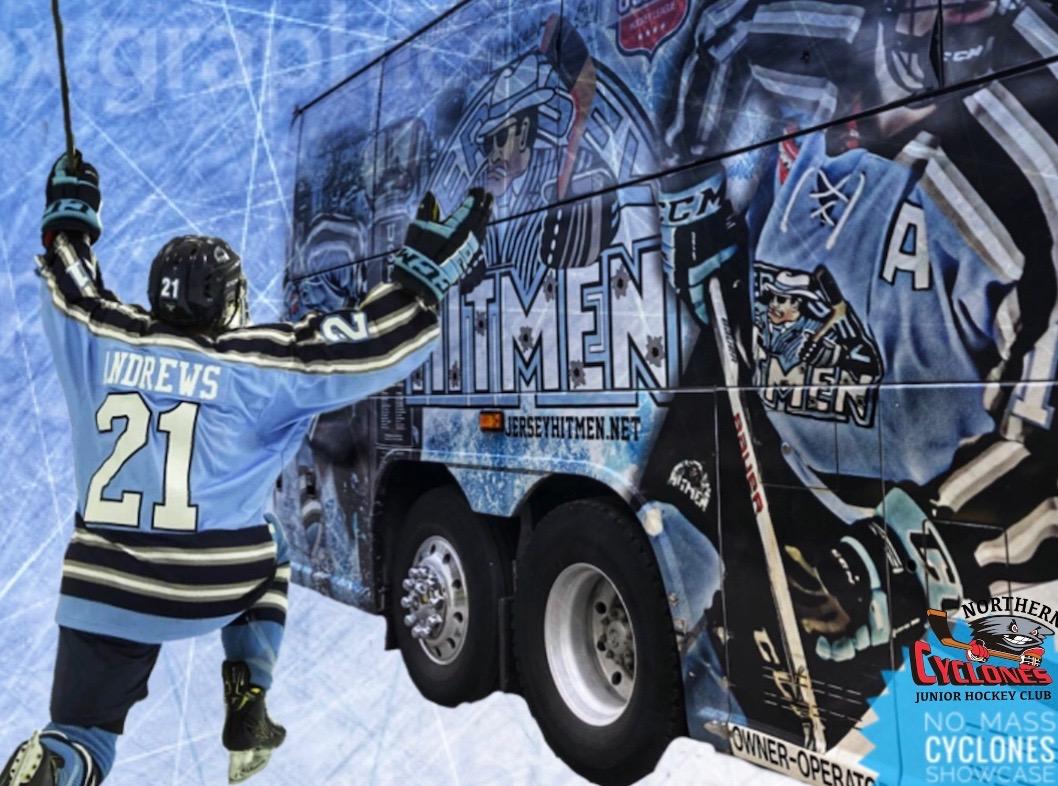 The Hitmen sit in first place after 8 games with a 6-1-0-1 record. They hit the road again this weekend to face instate rival the New Jersey Rockets. The Hitmen have faced the Rockets twice this season leading their regular season series 2-0 with the Hitmen combining for 1 goal against and 16 goals for.

You can catch all the action on HockeyTv.com and be sure to follow the Hitmen on twitter and instagram for up to date news and scores.